Our fur friends come in a variety of sizes, shapes, and colors. Some are petite while others are big, some are round while others look like a loaf of bread, and still, some have multiple shades of color while others have one. But have you ever seen a white-furred dog with speckles of dark fur sprinkled around its body that just reminds you of cookies and cream?

If not, then now you have. Just look at this adorable puppy! It’s no surprise that his fur parents decided to call him Oreo Cloud as his nickname because he looks exactly like one. Now you know what cookies and cream dessert would look like if it became a dog.

This walking ball of cookies and cream goodness is named Chief. He had recently gained some internet fame after his mom, Sara, shared pictures of him online. Sara’s post was liked over 22,000 times on a web page called Dogspotting Society. The internet went crazy about how Chief looked just like an Oreo dessert!

Aside from his sweet-looking fur, Chief also has the sweetest personality. According to his mom, he loves cuddling with his family and would spend his napping time with them. Sara and her husband are really glad to have him in their lives.

As for the name of this cute furball, he was named Chief by his parents for a good reason. Sara said that when they got Chief before the coronavirus pandemic started, they noticed that he was very well-behaved for his age. At just eight weeks old, he was potty trained and was very fast to pick up new tricks.

In addition to that, Chief is also the largest pup out of all his siblings. But due to his unique color, the pup gets plenty of questions about his breed. And to answer those questions once and for all, Chief took a DNA test that confirmed that he is 100% a Chow Chow.

Because of his quick response to training, Sara and her husband decided to train Chief to be a therapy pup. Sarah has had some experience with helping kids that are confined in hospitals, and she knows that bringing Chief to them would most definitely brighten up their day. However, because of the pandemic, Chief’s training has been stalled, but Sarah hopes that sooner than later, everything would go back to normal so she and Chief could visit the kids. 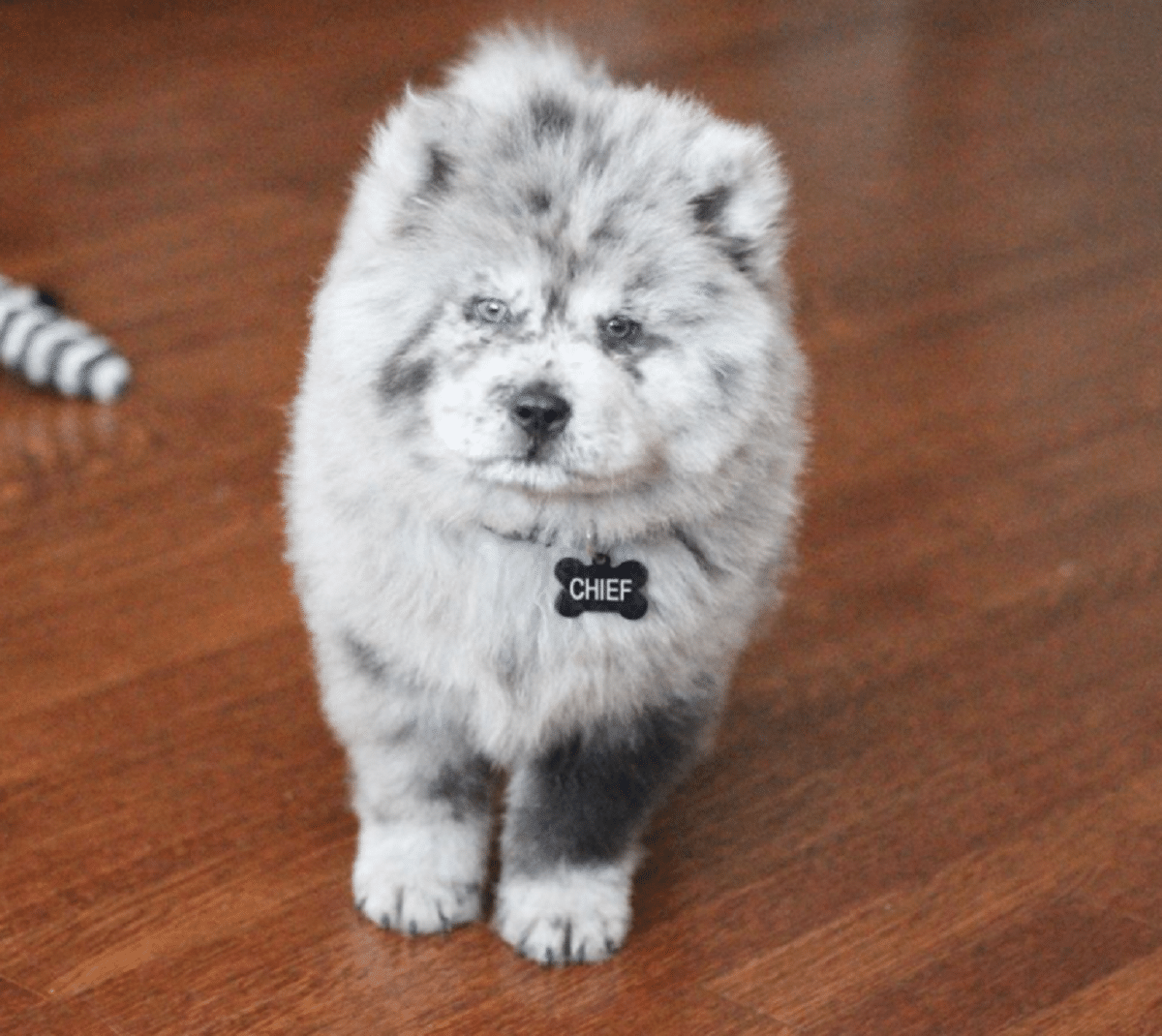 Credits to Oreo Cloud AKA Chief

Unwanted Pit Bull Was Almost Put To Sleep By Her Owner – Watch Her Life Turn Around When She Meets Her New Human!

Dog Found Inside A Cage In The Woods Found Her Family

Adorable Pit Bull Is So Happy Being With His Cat And...

Dogs React To Food Hilariously That You Just Wanna Feed Them...

Scared Chihuahua Who Was Wary Of People Learned To Trust Her...

Unwanted Pit Bull Was Almost Put To Sleep By Her Owner...